Jelgava – Latvian city rich in cultural heritage – has often been mentioned as the place where historical events took place in Latvia for the first time. The first higher education establishment in Latvia Academia Petrina was founded in Jelgava in 1775, the first Latvian newspaper “Latviešu avīzes” was published in Jelgava in 1822, but shortly after Latvian regain its independence on May 4, 1990 a new school named after Spīdola school based on c 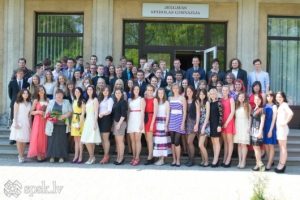 lassical principles – was founded in Academia Petrina at present housing Ģ.Eliass history and art museum.
It was September 1, 1990. The aim was to create a new type of school, rooted in humanities, and was initiated by Culture Foundation of Latvia. The school ethos is freedom and independence, its motto is woven in the school flag.

Consequently, the main objective of the school is to educate a creative and socially active person for life and work under ever changing circumstances.

The short history of Jelgava Spidola Gymansium is closely linked with the history of the new state. In 1990 the first 52 pupils were enrolled in two classes.
In the course of time the school has gradually grown
but now we have 438 pupils. 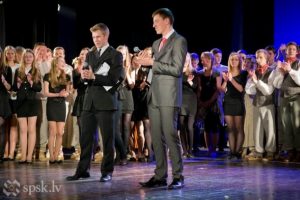 At present the pupils can major either in Economics, Humanities or General education.

However, the basic value of the school is mutual relations and positive communication, creating a special atmosphere and flavour. To flavour it, a number of various school traditions has been created and nursed. 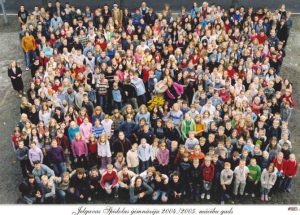 In this school year there are 480 pupils from the age 12 -18 in forms 7 – 12. There are 50 teachers. We have different kind of interest groups which take place after the lessons: 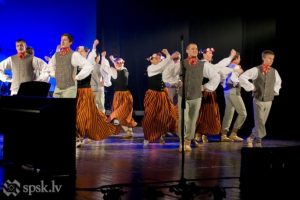